Is Adderall Bad For You? Designed as a drug to treat ADHD, Adderall is made with amphetamine and dextroamphetamine – two ingredients that stimulate the brain to control hyperactivity and increase focus. For people who are legitimately suffering from Attention Deficit Hyperactivity Disorder, Adderall can be a part of an effective treatment program.

But how about for people who are using the drug to gain other benefits? Those who are taking Adderall to improve their ability to concentrate on tasks? Because it is a stimulant, an Adderall user can have the ability to stay up for hours without getting tired or lethargic. This has made it a sought-after drug for people who want to pump up their concentration. Is it a bad drug to take? 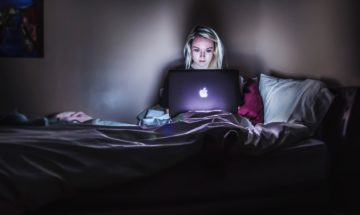 The lure of Adderall attracts many different kinds of people but it is highly popular with students. If you want to finish studying for your finals or if you want to make sure you will have laser sharp focus during your exam, Adderall is often the drug of choice. It has become one of the most abused substances on college campuses. In fact, according to a study almost 10% of students use Adderall without a prescription. Students who use Adderall do it mainly because of two reasons: to deal with the pressure of school and to get ahead. For example, someone who is struggling with school could be afraid of failing. Since a lot of students are using Adderall anyway, that student will not think twice about getting a little help from this pill as well just to pass school. On the other end of the spectrum, there are also students who already do well in school but due to the pressure and competition, they are pushed towards using Adderall so they can perform much better.

Adderall is also a go-to drug for people working in high-pressure environments. It is also becoming a popular drug for gamers who are into esports. Because the drug can increase one’s focus, some online gamers believe that taking the drug can make them play better in the game.

With many people using Adderall to enhance their performance, some questions come to mind: If it is a drug that supposedly provides positive results to the user, then it couldn’t be that bad, could it? Is Adderall really bad for you?

Addicted to Adderall: Why You Can’t Stop There have been a lot of cases where young adults who started using Adderall in college continued doing so even after they entered the workforce. If you think about it, it actually makes a lot of sense. Look at it this way: If something has been working for you for a long time when you were struggling in school, why can’t it work for you in the office where the stakes are much higher? This is one of the reasons why Adderall continues to be a highly abused drug even outside college campuses. Many people have become dependent on Adderall. What was once a temporary study aid drug has become something that many people cannot live without. When you get used to being productive because of Adderall, you could find it difficult to stop using it especially during stressful situations.

Unfortunately, continuous use of Adderall can lead to addiction. People who use Adderall even if they are not suffering from ADHD are at high-risk of being addicted to the drug. If you keep on using Adderall regularly, you could develop tolerance for the drug, which means you may need higher doses over time to produce the same effects.

Taking too much of this stimulant or taking it for a long period could produce dangerous side effects. It could increase your heart rate, affect your blood pressure, and could lead to a stroke or cardiac arrest. It is also possible to overdose on Adderall, especially if you take it with other substances like alcohol or other kinds of drugs. This overdose can even be fatal.

You Can Treat Adderall Addiction

The number of people who are being admitted to rehabs for Adderall addiction has reportedly been increasing compared to previous years. What’s alarming is that many of these people did not expect that they could even be addicted to Adderall. Because it is a prescription medication, there is a misconception that it is safe to take. However, as with any other drug, taking Adderall if you do not have a legitimate condition like ADHD or narcolepsy is bad for you. You should only be taking Adderall with a doctor’s advice.