The month of May was proclaimed as National Mental Health Awareness Month. While this occasion has been observed since 1949, it was not until the last couple of years when the topic of mental health started to lose its taboo image. Not so long ago, being identified with mental illness was a big deal. Celebrities who confessed that they had anxiety and depressive episodes were often tagged as crazies in the tabloids and people stopped treating them seriously. Even for regular people, the accepted way of dealing with mental health was to not talk about it, and hopefully, it would go away.

However, it became apparent that hiding this problem under the covers was just making the problem much worse and statistics prove this. Now, there are nearly 47 million American adults dealing with mental health concerns. When it comes to the young population, the rate of youth suicide increased by 49% in 2017. These disturbing numbers only show that the United States is indeed facing a serious problem.

The Many Faces Of Mental Illness Mental health refers to a person’s psychological wellbeing, which affects emotions, behavior and social relationships. Being mentally healthy also means the absence of any mental illness. But one misconception is that mental illness only includes serious conditions such as schizophrenia and bipolar disorder. While it’s true that these are severe conditions, it does not discount the fact that other mental illnesses should still be given adequate attention. These mental illnesses people should be aware of include anxiety, panic disorders, depression, post-traumatic disorders, anger, paranoia, suicidal feelings, and more.

When someone is depressed or anxious, especially teenagers, many people just brush these off as non-serious matters. It’s typical to hear things like “You’ll get over it” or “Sleep on it”. Yes, it may be normal to get depressed or anxious from time to time, but when someone you know is constantly feeling down, it’s important to take notice and find ways to help before it becomes worse. When people suffering from mental health issues are ignored, what they are feeling could buildup and the risks of suicide and substance abuse are higher.

Mental health has always been closely linked to substance abuse. In fact, more than 3 million adults are reportedly suffering from both conditions. This should not be surprising because depression, anger, and other emotional difficulties are some of the top reasons why people take illegal substances. 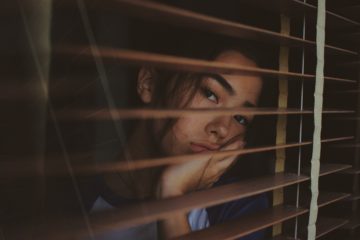 In the UK, Prince William Duchess Kate, Prince Harry, and Duchess Meghan, have been very vocal about their mental health initiatives. Prince William even shared that just three years ago, he had a very hard time convincing celebrities to sponsor their mental health programs as nobody wanted to be associated with it. It is then doubly inspiring that this did not discourage the young royals from pushing through with their advocacy. It was recently announced that the four of them would back the initiative called Shout, a text messaging service for those who are experiencing a mental health crisis.

In the US, the conversation around mental health has also greatly progressed. Many influential personalities are now coming out to speak about why this is an important issue. Lady Gaga is just one of the people who advocate for mental health. After her much talked about Oscar win in 2019, the pop superstar and actress announced that she was launching a Mental Health First Aid Program through her Born This Way Foundation. Other celebrities who have spoken about mental health include Beyonce, Kendall Jenner, Adele, and Zayn Malik.

However, we still have a long way to go. One of the downsides of having the topic of mental health out in the open is that there is a tendency to romanticize the illness. Trying to eradicate the stigma has somehow led to many people, particularly the youth, to portray mental illness as cool thing to have. This makes mental health such a tricky issue to deal with because while we want to recognize that mental illness is a sad reality, we also want to spot the real issues with the imagined ones.  Just because Selena Gomez opened up that she was dealing with mental health issues does not mean it’s okay to have it, too. You should not glorify it, instead, you should find effective ways to get over it and treat the condition.

If you or a loved one is struggling with mental health concerns, it is best to seek professional help. There are specialized treatment programs that can help you. Contact Anaheim Lighthouse today.