Different. Exciting. Deadly. The extra layer of danger associated with drug cocktails makes them a challenge for numerous drug users. Being able to say that they have tried a risky mixture of substances and lived to tell the story is like a badge of honor. It does not matter that countless high-profile drug-related deaths have been associated with multiple drug use. The experimentation with these drug combinations continues.

Now, the latest drug cocktail to hit the streets is called the fentanyl speedball.  As the term implies, it contains fentanyl, an artificial opioid that is said to be up to a hundred times stronger than morphine. So, where did the drug originate from?

The term ‘speedball’ was originally coined to refer to a mixture of cocaine and heroin. For people not familiar with these two drugs, they have extremely contrasting effects. Cocaine is a powerful stimulant, which increases alertness and energy. On the other hand, heroin is a potent depressant that has a calming, numbing, and painkilling effect.

Fentanyl speedball, however, is a mixture that uses fentanyl instead of heroin. The speedball then becomes a cocaine and fentanyl mix – a lethal combination that is now hounding America. Most of the people abusing speedballs are after the push and pull effect the combination provides. There are users who reason out that they take speedballs out of necessity. These are often opioid users who claim that they need a stimulant to keep themselves awake and functioning. However, many speedball users are recreational users who are after the thrill of using such a mixture. The speedball is supposed to give the user an immediate high from the stimulant, which will then be followed by an extended period of euphoria and relaxation from the sedative. The twisted logic is that combining the drugs will cancel out the bad effects of the drugs giving only an amazing high. However, this is not actually true. Taking this dangerous combination can actually worsen the damaging effects of the substances and the risk of overdose becomes higher. This is because users may be led to think that just because they are ‘canceling out’ some of the effects, they can then take a higher dose.

Some of the destructive effects of speedballing include stroke, aneurysm, respiratory depression, and uncoordinated motor skills. Using a speedball can also result in psychiatric disorders and uncontrollable behavioral effects. 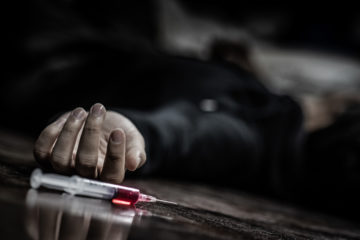 While the classic speedball is composed of cocaine and heroin, over time, people started substituting these susbtances with other stimulants and sedatives to get their speedball fix. Cocaine is frequently replaced with methamphetamines while heroin is replaced with other opioids like oxycodone, morphine or codeine. Speedball became known as the combination of whatever stimulant and depressant drugs are available to the user. When the drug fentanyl started making an appearance in the US, many dealers reportedly started substituting heroin with fentanyl. Fentanyl is said to be cheaper than heroin, plus, it is easier to smuggle and transport. This is because even just a minuscule amount can be very potent. For drug dealers, why would they risk transporting bags of heroin when they can get fentanyl, a more potent, cheaper alternative in smaller quantities? This is very alarming because the risks are suddenly much higher. Users become more prone to overdose because they may be taking the usual amount without knowing that the potency of the drug is much higher. For example, if a drug addict usually takes a certain amount of heroin to make a speedball, he may not be aware that using the same amount of fentanyl can be fatal. There have been many reports about deaths caused by fentanyl where users had no idea they were taking the substance. There have also been reports showing that this becomes more dangerous for cocaine users experimenting with speedball because they usually do not have first aid tools like Naloxone, which can counter the toxic effects of the fentanyl.

Of course, there are also those who take fentanyl speedballs knowingly. While it is common logic that mixing two powerful drugs like heroin and fentanyl will most likely cause a disaster, many people still play Russian roulette with their lives by taking these substances amidst the risks involved. They ignore the deadly dangers in favor of getting their speedball high.

If you or a loved one is struggling with substance abuse, it is best to seek professional help. There are specialized treatment programs that can help you.